A mothers instinct told Kitty Wallace that all was not as it should be as she approached the end of her pregnancy. On 31st August 1993 she underwent an emergency caesarean section at Queen Charlottes hospital in London. Ten days later Kitty and husband Ben were told that it was unlikely their son would ever walk or talk. Hewie's brain had been starved of oxygen ahead of birth and he was diagnosed with cerebral palsy.

On June 2017 Hewie became a tenant at Thornage Hall Independent Living. Born to a farming family he has quickly become very much at home here as the site is built around a 70 acre biodynamic farm, providing many opportunities for tenants and day service users to learn about tending livestock as well as planting, cultivating and harvesting crops.

The 22 year journey from Queen Charlotte’s to Thornage has been one of both heartache and discovery as the Wallace family have learned to adjust towards and ultimately embrace their diagnosis. ’For the first year of his life the only way Hewie would sleep would be in our arms' says Ben. 'Hewie never gives in, he will only do what he wants to do. Showing him options in a way that makes sense for him is what enables him to make the right decisions for himself'.

Hewie is the middle son of three children, Alexander was born a year earlier and Lara born three years later. 'Having a third child was a obviously a concern but it was a very conscious decision' says Kitty. ‘It was not easy for the other children growing up with a brother who has cerebral palsy but it has given them invaluable life skills. For Hewie his younger sister was a source of motivation; when she took her first steps he copied her.’

Hewie attended specialist schools in East Sussex where he also boarded, moving to a college in Hertfordshire which focused on developing independent living skills at the age of 19. By the time Hewie was at college the Wallace family had moved back into Kitty’s family home near Hillington in West Norfolk.

‘Our greatest worry as parents was how Hewie could live independently without us.’ Says Kitty ‘When he became a tenant at Thornage Hall Independent Living this concern was removed. We now know that Hewie will be supported to live his life, in the way that he wants, completely independently of Ben and I. 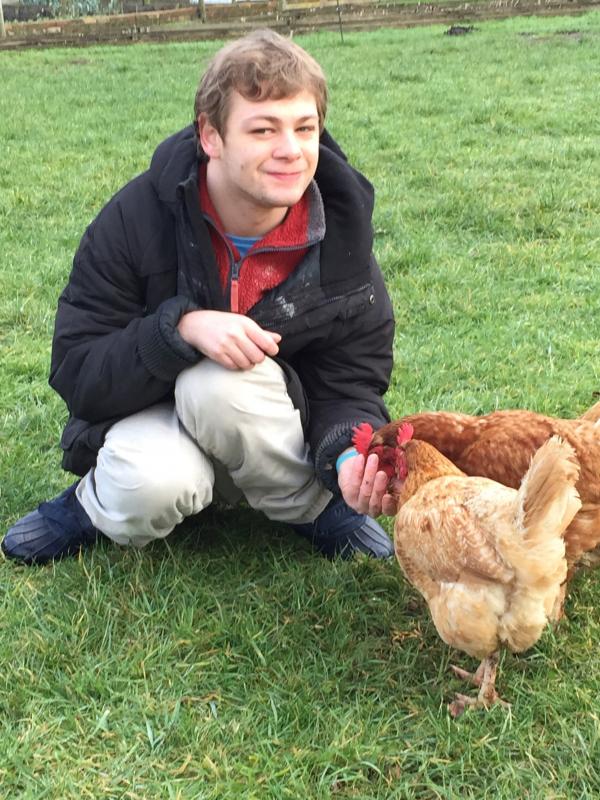 Enter your email below to receive a copy of our newsletter. You can unsubscribe at any time, please see our privacy policy for how we will use your data.