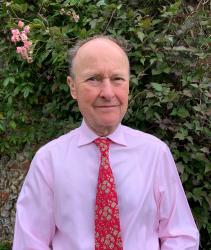 After university my career for the next 36 years was with the Army serving in the UK, Germany, Hong Kong, Fiji, Canada, Israel and the Occupied Palestinian Territories and finally Cyprus.  I retired as a colonel and was awarded the CBE.  I then became Director of Support Services, The Norfolk Hospice – Tapping House for six years; retiring in 2013.  Since then I have managed a small family farm near North Elmham which is run along environmental stewardship and conservation lines.  I have been a Parish Councillor since 2014 and on the Advisory Council of The Norfolk Churches Trust since 2015.

I was invited to join the Board at Thornage in 2013 and became responsible for liaising with the Camphill Benevolent Fund and for all matters involving the Thornage Estate.  I find my involvement with Thornage both challenging and deeply rewarding.

I am married to Jo and have three children: Edward (with Savills in Norwich), Flora (a Forensic Psychologist in the Prison & Probation Service with the Ministry of Justice) and Francis (in his last year at school).

Since retiring from her professional career in social housing within a large group of Housing Associations based in East Anglia, Jenny has worked as an independent consultant operating at a senior level within a variety of public, private and voluntary sector organisations.  Her work has included a variety of roles including, Chairman and Trustee, Interim CEO and Senior Management roles to facilitate mergers, acquisitions, organisational development, and change.  Her interests include community development, housing, health and social care and the sustainability of the voluntary sector.  Jenny dedicates much of her working time in support of health and social care and voluntary sector organisations.

Jenny lives and works in Norfolk and her current non-exec roles are with: -

Following University, my professional background is in property in London with Savills and Hamptons (among other firms) and later as a fundraiser in the arts sector, including for Dance East where I helped raise funds for the construction of the Jerwood Dance House on Ipswich’s Waterfront.  I am also a qualified yoga instructor.

My family has been involved with the Camphill Communities for more than 50 years as my brother Johnny has been a tenant in a number of the communities and was one of the first tenants at Thornage Hall joining in 1989.  For many years I have chaired the Norfolk Christmas Fair committee which organises the annual fundraising fair held every November in aid of Thornage Hall Independent Living.

I live in Suffolk and London with my husband and we have three sons.  We have also spent periods living in New York, Hong Kong and Sydney.

The eldest son of a Yorkshire dales farmer, I spent my formative years helping on a 98-acre grassland farm in Nidderdale.  After reading law at the University of Newcastle upon Tyne, I trained as a journalist on a weekly newspaper in Yorkshire then becoming an agricultural correspondent in Oxfordshire.

In 1984, I moved to Norfolk as the agricultural editor of the Eastern Daily Press.  I spent the next 30 years reporting on the industry and even staged the world’s first human ploughing championships near Norwich in 1997.

As a trustee of the company’s pension scheme for more than 20 years, it gave me a fascinating insight into the succession of major changes and reform of the pensions’ industry.

A former president of the Norfolk Farm Machinery Club, I also launched the Spring Fling with the Royal Norfolk Agricultural Association in 2000, which has grown into a major one-day event over the years.

Now involved with the Round Tower Churches Society, and its vice-chairman, I also edit the quarterly 32-page full colour magazine as well as looking after the bowling green of a Norwich club, which was founded more than 100 years ago. 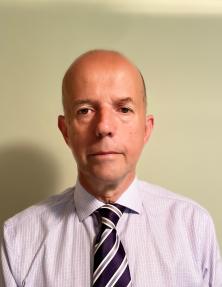 Michael’s first job on leaving University was in a Day Centre for adults with a learning disability - a so called adult training centre. He obtained his Social Work qualification and took several management roles in Social Services Departments before moving to the NHS. Here he quickly became a Chief Executive and held this role for over twenty years in a variety of organisations together with a spell in the Department of Health on Whitehall .

Michael now lives in rural Norfolk and runs a small holding, maintaining a lifelong interest in the environment and organic food production.

Married to Dorothy we have two girls who live and work in London.

After graduating in Engineering with Management Studies from Cambridge University, I qualified as a Chartered Accountant with a big four firm working in London and Amsterdam and subsequently for a number of large corporates in commercial finance roles.  I also qualified as Corporate Treasurer in 2015. I transitioned to the Housing Association sector in 2005 as Director of Finance with Broadland Housing Association in Norfolk, and have subsequently worked for two larger associations with a range of responsibilities covering ICT, Governance and Treasury.

I first became involved in the charity sector as Treasurer for the International Women’s Club in Dublin, when we relocated there for my husband’s work from 2003 to 2005.

I joined the Board of Trustees at Thornage in 2012 and am chair of the Finance Committee.  I have been privileged to have worked with the team on the growth of the community including day services expansion, and significant investment in facilities.  I am also on the Board of Norwich Regeneration Limited, a subsidiary company of Norwich City Council, established to accelerate the delivery of much needed environmentally friendly homes in the city.

I live with my husband Andy in a small village near Norwich where our children, now in their twenties, grew up. Emma lives in London and works in finance Alex is currently living and working in a ski resort on the west coast of Canada.